Starry Night for a Ramble 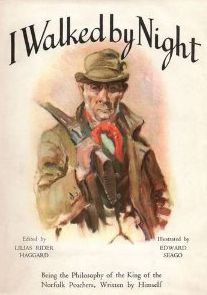 The tune Starry Night for a Ramble has been an old stalwart of the southern English repertoire since the revival spearheaded by Rod Stradling and the Old Swan Band in the late 1970s, although at least two distinct versions have now developed even in that short space of time and context.

It has been collected from two traditional musicians in England – both from Norfolk: it was noted down from Mr Newstead in Wickmere in 1932, and subsequently published in ‘The Fiddler’s Tunebook Vol 2’ and was also recorded from Herbert Smith from Blakeney, titled Starry Night for a Randy. This version was included in my 2007 book ‘Before the Night Was Out’ published by the East Anglian Traditional Music Trust. 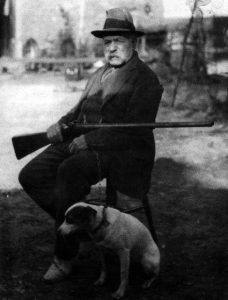 Another Norfolk connection is given in the book ‘I Walked by Night’ – the autobiography of Frederick Rolfe, an inveterate poacher, even during his occasional spells of employment as a gamekeeper. Rolfe lived most of his life in the King’s Lynn area of west Norfolk. Rolfe’s book (published in 1935) gives the following words under the title The Ploughboy’s Song:

A starry night for a ramble, in the flowery dell,
Through the bush and bramble, kiss and never tell.

I like to take my sweetheart out (‘Of course you do’, says she)
And softly whisper in her ear, ‘How dearly I love thee’.

When you picture to yourself a scene of such delight,
Who would not take a ramble on a starry night. 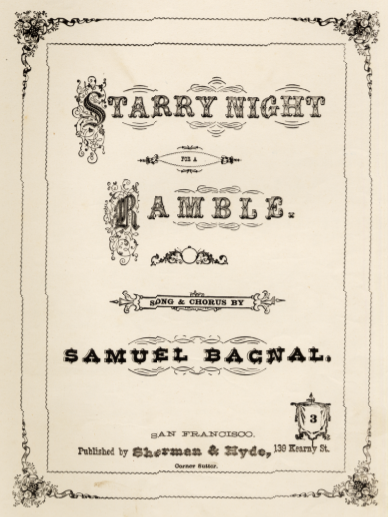 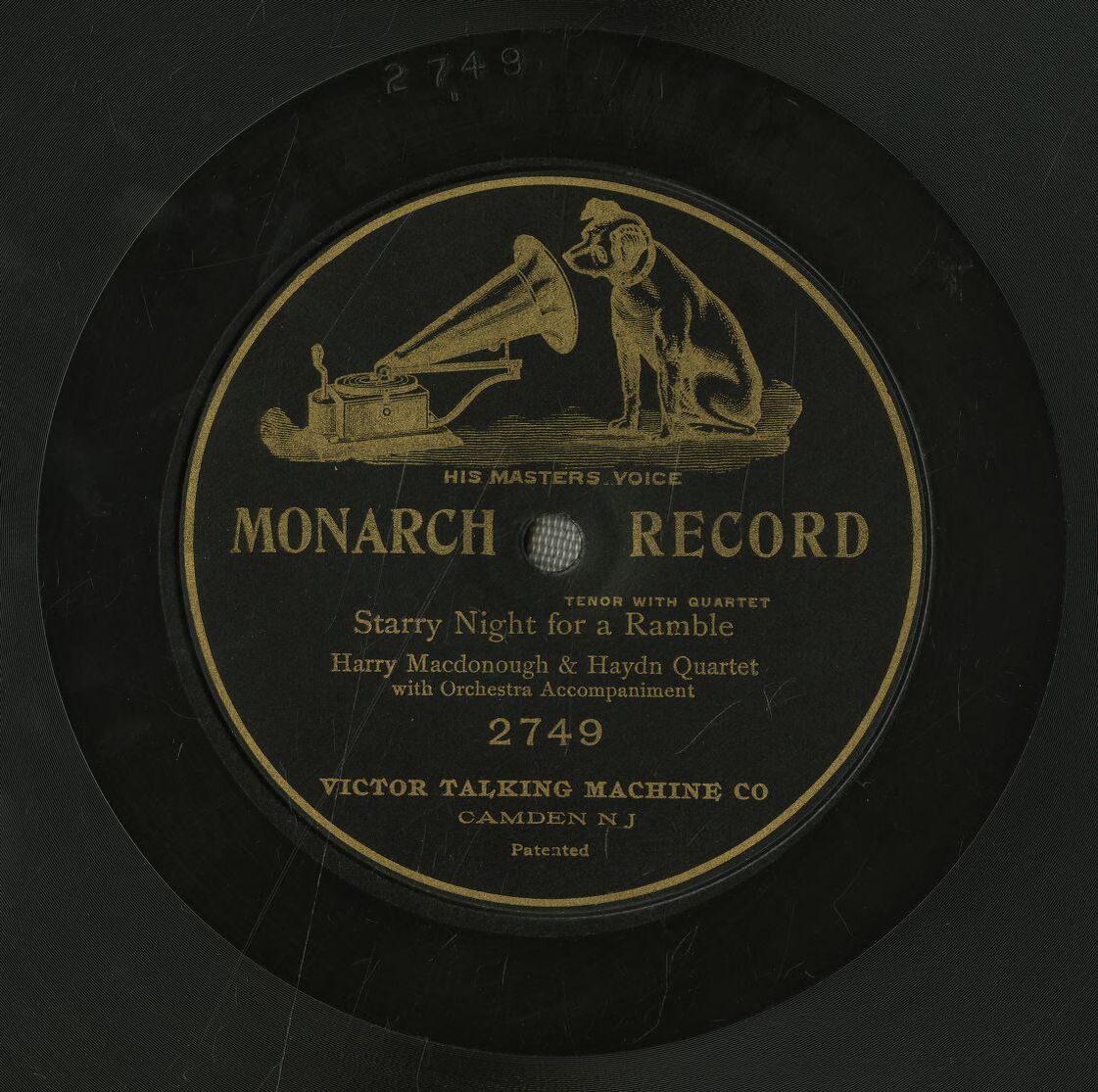 The tune and lyrics were printed many times in the 1870s and it was a rapid success with many piano arrangements being published for amateur use. It’s hard to fathom who actually wrote it, possibly Samuel Bagnal in 1873, although a broadside print in the National Library of Scotland (above left) suggests an earlier imprint. The last verse of that version uses the word ‘velocipede’ which was fashionable in the 1860s and being replaced by the term ‘bicycle’ in the 1870s.
In 1907 the Edison Military Band recorded it in an instrumental selection on a phonograph and later on the song was recorded by Canadian tenor Harry McDonough, although this version is quite different to the Norfolk version.
Interestingly, the tune Starry Night for a Ramble has been far more popular than the song, and it has been interpreted in different rhythms: the original publication was in 6/8 timing, which is how it is still known in the East Anglian and broader English traditions. There’s also a tune by the same title, again a jig, which is used in the US as a contradance tune. The same melody was popularised in 3/4 timing by Aly Bain and Phil Cunningham, as Starry Night in Shetland and, under its original title, Australian collector John Meredith found that ‘nearly every bush musician plays this beautiful waltz’ although he only collected lyrics to it on one occasion (‘Folk Songs of Australia’). There’s also a lovely recording of Tasmanian fiddler Eileen McCoy playing it on the CD ‘Apple Isle Fiddler’.

A pretty tune which it would be nice to heard played more often in its Norfolk version!

Starry Night for a Ramble from the playing of Herbert Smith, Norfolk fiddle player:

This work was first published in the East Anglian Traditional Music Trust newsletter in February 2012 and subsequently on their website. I founded and ran EATMT from 2000-2017. The original article was  revised in 2019 in the light of further information.