Sometimes a piece of research just keeps on turning up more nuggets, even when you think you’ve finished it!

I wrote at length about the Thirsty Work radio series earlier this year and have just been crossing all the ‘t’s and dotting all the ‘i’s for another publication, during which a random Google search unexpectedly and miraculously revealed some more of the actual recordings made for these programmes!

What’s more they are publicly accessible, and even downloadable – the links are at the end of the article. 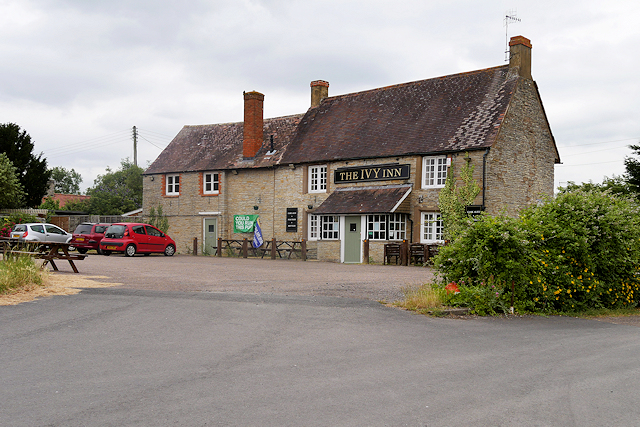 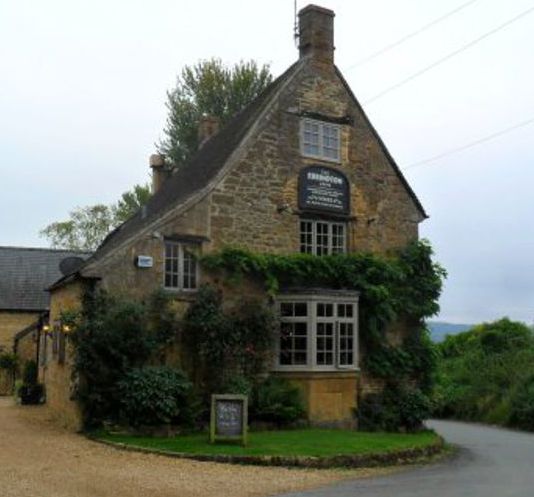 The source of these recordings is unacknowledged, they are merely listed by the song title and ‘1940 recording’, but the clues were (1) the repertoire (2) the pub atmosphere and (3) the clincher – the words ‘One night we come to the Ebrington Arms …’ in the song The Man Who Invented Beer, confirming my intuition that I had discovered recordings from the Thirsty Work programmes. The fact that they include a song which was not broadcast, and that the singer of Jolly Jarge falters in the middle suggests that these were original unedited recordings, not the final broadcast version and not the library copy known to have been requested by BBC producer Maurice Brown.

The locations and singers are not identified, but by cross-referencing with information from the BBC Written Archives, I have been able to work out the following:

The evening in North Littleton, in particular, sounds like quite a raucous affair, with the landlord having trouble getting order for the singers. Comments from the audience can be heard, allowing me to identify the singers.

The songs are a mixture of traditional, music hall and popular songs, in keeping with the broad criteria for these programmes, which did not specifically focus on folk songs. Many of the songs had been recorded on 78 rpm discs in the 1920s and 1930s.

One song which has particularly captured my attention is The Man Who Invented Beer which I assumed to be of music hall origin. However, there is no trace of the song amongst any of the usual sources, and learned colleagues have not been able to shed any light on it either. Most mentions seem to be from the mid 20th century, and the earliest reference I can find is really quite curious: folksong collector Francis Collinson noted the melody down whilst listening to a radio programme called A Country Serenade on 1st May 1943, where it had been included in a programme about Buckinghamshire. 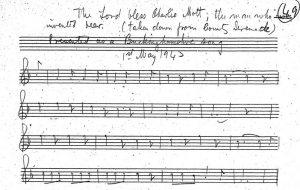 The singing of this song on the Thirsty Work programme from Ebrington, first broadcast on 28th November 1940 is therefore the earliest reference to it at the moment. It may have been composed locally, possibly by Charles Gardiner, although it was not he who actually sang it – that remains a mystery, but he was introduced by Gardiner, who also had a far deeper singing voice than the singer of this song.

All the singers were local men employed in rural occupations with the exception of Charles Gardiner, who was clerk to Evesham Rural District Council and a part-time writer of dialect sketches for the radio. Details about the all singers can be found in ‘Thirsty Work’ part 4: the Cotswolds – singing from North Littleton and Ebrington

Whilst we might enjoy these recordings made ‘in the raw’, another recent find reminds us that not everyone was pleased with the results. The Hartlepool Northern Daily Mail carried this story about the Thirsty Work programme recorded in the King’s Arms, Redmire, in Wensleydale, Yorkshire, on 6 May 1940:

‘More than 20 Wensleydale lads who recorded the Redmire programme at the village inn for the programme given on Saturday night on the Forces wavelength, met at the Kings Arms on Saturday and listened in to their own show. Kit Jones, 71 years of age, said: “The BBC have improved my voice so much that I hardly knew it.” That there was too much chatter brought in by the BBC when Kit Jones was telling his humorous story was a general version. “Folk would not chatter in that fashion when I was telling my stories,” said Kit. The title “Thirsty Work” was not popular—for although the party has met every Saturday night for the last three years at the King’s Arms, they are by no means a thirsty party. Singing is the attraction, so much so that they often sing until midnight, always finishing off with hymns …’

Quite what the BBC did to improve Kit Jones’ voice is not known, but the recording of him singing I Like to Hear the Old Cock Crow on this occasion is in the British Library Sound Archive. It is not accessible publicly, but maybe one day we’ll be able to find out what the sounded like.

Further details about Kit Jones and the Redmire recording can be found in ‘Thirsty Work’ part 2: the North – singing from Ambleside, Redmire and Harome

Anyone wishing to cite this original research should credit it to Katie Howson and cite this website as the source. © Katie Howson, 2022.

It is due to be published in print form in the near future, and details will be posted here when known. Should you wish to use any of the information or images here, please do contact me first.

The recordings from North Littleton and Ebrington can be found on YouTube by typing ‘Traditional British and Irish Songs Vol.1’ into the search box.

The same search on Amazon brings up a downloadable album which includes the North Littleton and Ebrington songs and also includes some other recordings of traditional music from the 1940s and 1950s: here’s a direct link.

Francis Collinson’s 1943 manuscript including his transcription of The Man Who Invented Beer may be seen in the Vaughan Williams Memorial Library digital archive under the title The Lord Bless Charlie Mott where it is erroneously dated 1945.