The Battle of Sole Bay: an Unsung Song

This is a song which has a – literally – unsung history!

Sole Bay is the area of sea just off the coast of Suffolk near to the town of Southwold (locally pronounced something like “Sa-old” – not very different to “Sole”).

For some years I have been investigating the folksongs sung in the town, and various other aspects of that work are featured elsewhere on this blog – including The Real Ben Hurr about several brothers who sang to the folksong collector and composer Ralph Vaughan Williams in 1910.

One of those brothers, Robert Hurr sang a song called The Loss of the Royal George. Folklorist Roy Palmer speculated in Folk Songs Collected by Ralph Vaughan Williams (1983) whether this song might actually relate to the Battle of Sole Bay, which took place at sea just off the coast of Southwold in 1672. Looking further into this, I found that although there was both a Royal James and a St. George in the battle, there was no Royal George, and in fact Robert Hurr’s song relates to another ship entirely, which sank in the Bay of Biscay in 1782.

However, in these investigations, I found that there had been a song about the Battle of Sole Bay, and it does even seem to have originated in Suffolk, but in the intervening centuries it has all but been forgotten. 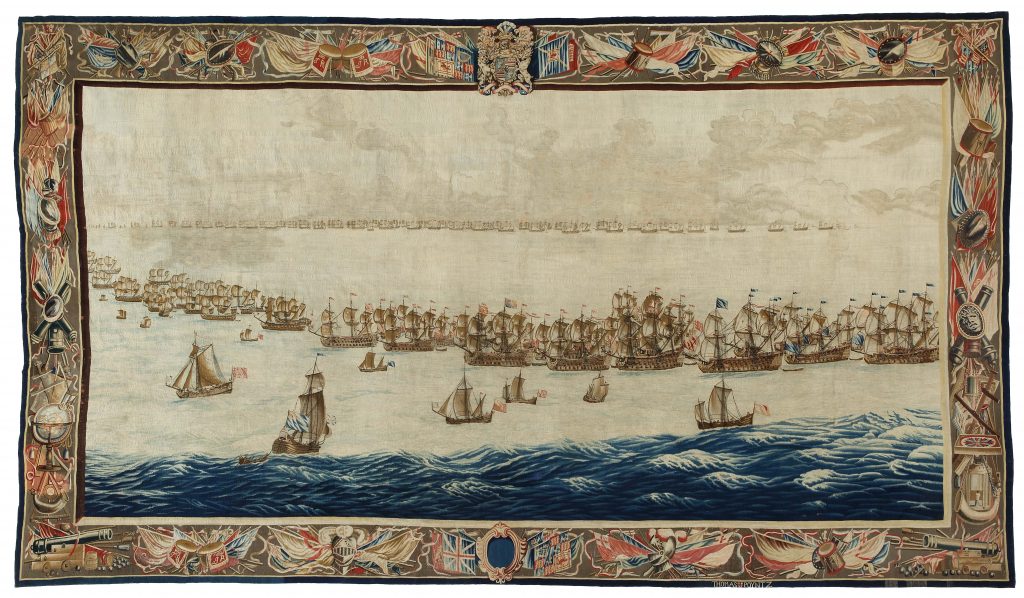 Most sources agree that the battle took place on 28th May 1672, although the source for our song actually gives it as 20th May.

The English and French were at the time embroiled in recurring wars with the Dutch over shipping and fishing rights, and this engagement was to be the first naval battle in the Third Anglo-Dutch War.

In the small hours, a French frigate brought the news that the Dutch were again on the warpath and only two hours away. At the time, many of the English sailors were on shore leave in Southwold, but within a couple of hours the fleet had put to sea.

For some reason the French steered away from the battle, leaving the English and Dutch to it. The noise of the guns and cannon is said to have brought the inhabitants of the town to the cliffs, although as the battle was ten miles out to sea, their view was probably only of smoke. The flagship of the fleet, the Royal James, was set on fire and orders were given to the townspeople to prepare to repel the Dutch, should they attempt to land. In the late afternoon the weather conditions changed and the Dutch withdrew. 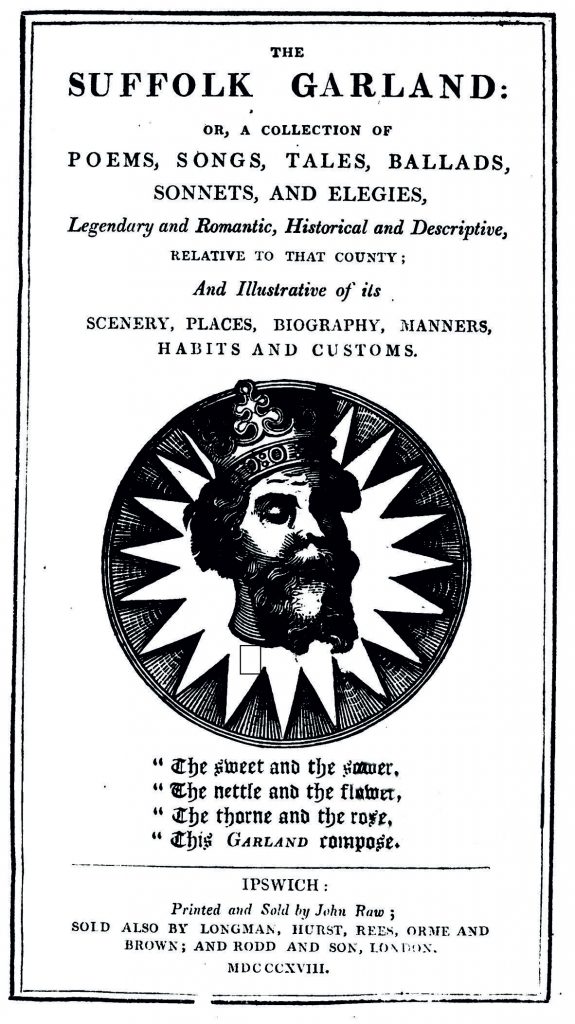 The song is usually titled A Merry Song on the Duke’s Late Glorious Success over the Dutch and was first published in The Suffolk Garland in 1818 and subsequently printed in several collections in the 1840s and occasionally in the twentieth century, including those listed here.

I have found no evidence of this song in either the oral tradition, or on broadsides or other street literature.

As I can find no trace of it before its 1818 publication in The Suffolk Garland, it seems quite likely that it was written by the antiquarian Reverend James Ford (1779-1851) who compiled that book. Some poems in this collection are credited to other writers, others are not, and we may surmise that these ones were either by un-named writers from broadsides, or from the editor’s own pen. It was common practice to set new songs to old, well-known tunes, and in The Suffolk Garland, the tune Suffolk Stiles is specified for this song but this has not yet been found. 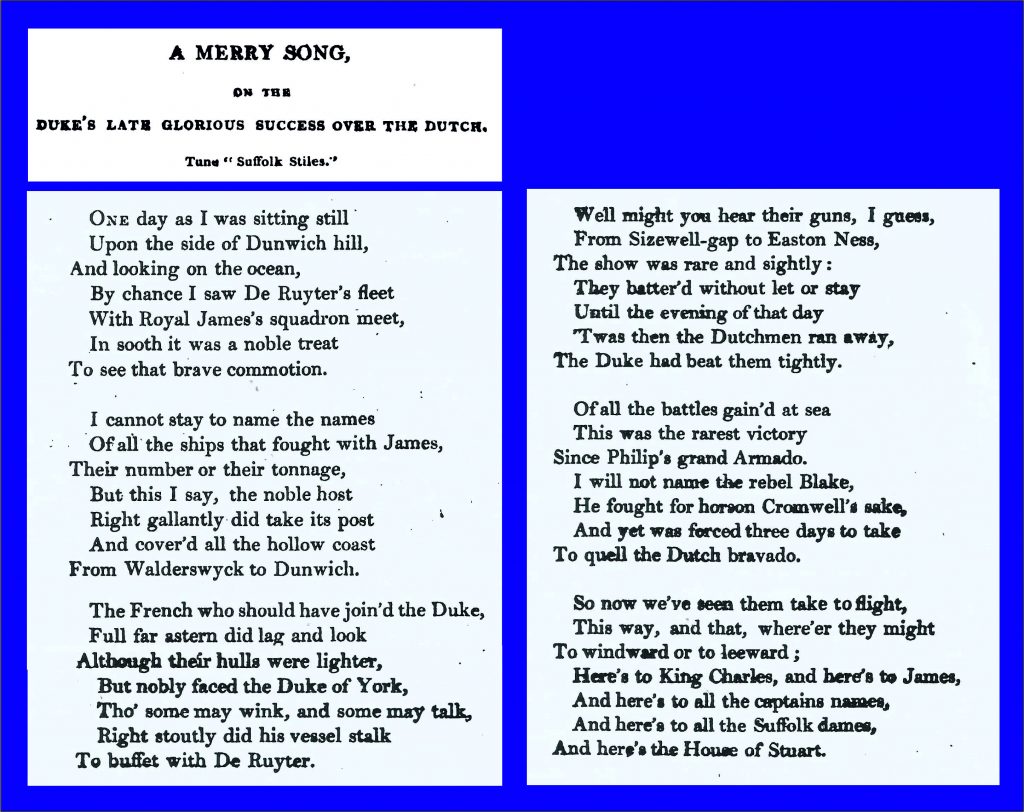 Ford was curate at St Lawrence in Ipswich for 22 years, and it was there he met and married his wife, Letitia, who was the daughter of one bookseller (George Jermyn) and the stepdaughter of another (John Raw), who printed and published The Suffolk Garland. Ford was also friends with John Mitford, who was editor of The Gentleman’s Magazine from 1834 to 1850, when Ford is known to have been a contributor, fitting in neatly with the known publication dates of A Merry Song … in that journal.

The Reverend Ford moved to Navestock in Essex in 1830, and when he died there some twenty years later, another Suffolk antiquarian, William Fitch, bought much of his collection which was eventually deposited in the Suffolk Record Office.

The Suffolk Garland in all its glorious entirety is available online, here as a Google Book, or use this next link if you’d like to go straight to the song itself.

In 1866, The New Suffolk Garland was compiled by antiquarian John Glyde junior, and whilst it is equally fascinating, it is a completely different book!

For accounts of the Battle of Sole Bay, I recommend this localised perspective from the Southwold Museum, or have a look at the Wikipedia entry if you’re interested in the detail of the ships engaged in the battle.

For information on the Reverend James Ford, look at this account from the area of Essex where he lived at the end of his life.

The image of the battle is a tapestry called The Fleets drawn up for Battle by Willem van de Velde de Oude.

For more information about the song The Royal George, see the post on this blog entitled The Real Ben Hurr.